Passion for sport and sensitivity for the protection of the environment are not mutually exclusive. Doing outdoor sports is healthy and fashionable. In recent years, Italians have rediscovered the pleasure of going out on foot or by bicycle, and in general for any type of outdoor excursion. The desire to be outside exploded, to take advantage of the few moments of relaxation available away from home, in town as well as in the mountains.

The electric bicycle, called e-bike, has now become a true costume phenomenon, almost a status symbol, which also allows those who are not in great shape to try their hand at a ride, even a little longer. Whether it’s a regular date or an occasional hobby, the electric mountain bike conquers new enthusiasts every day. The numbers also prove it: the electric bike market is growing by double digits each year, also marking a +12% in 2021 after the boom of 2020 (+44%). Electric bikes are also conquering in the city, as an ecological and agile means of transport, but it is in the outside world that these vehicles express themselves best, allowing even those who do not have such specific sports training to enjoy the many paths immersed in nature present in Italy.
And you are spoiled for choice: you can, principallyopt for one City bike or for a Mountain bike, depending on whether you prefer to ride in the city, close to home, or aim for broader horizons, less delimited by an urban context, even if physically more demanding. What should not be forgotten is that, even outside urban centers, there are rules of the road code to be respected, for our safety and above all for others.

For starters: what exactly are we talking about when we talk about e-bikes? In essence, it is a bike that “helps” to pedal, without replacing it. Translated: if I don’t pedal, the bike stops. Because the electric motor is activated only when it “feels” the thrust of the pedal stroke, and at that precise moment it helps it, giving support proportionate to the thrust (a special sensor measures the force impressed on the pedals). In all cases, it is possible to modify the settings of the VAE to adapt them to the level of each VAE.
We also talk about pedal assistance, to sum up the concept. An electric mountain bike with assisted pedaling is equipped with a sensor system which essentially perform three functions: 1) detect the start of pedaling 2) start the electric motor 3) adjust the effort assistance. 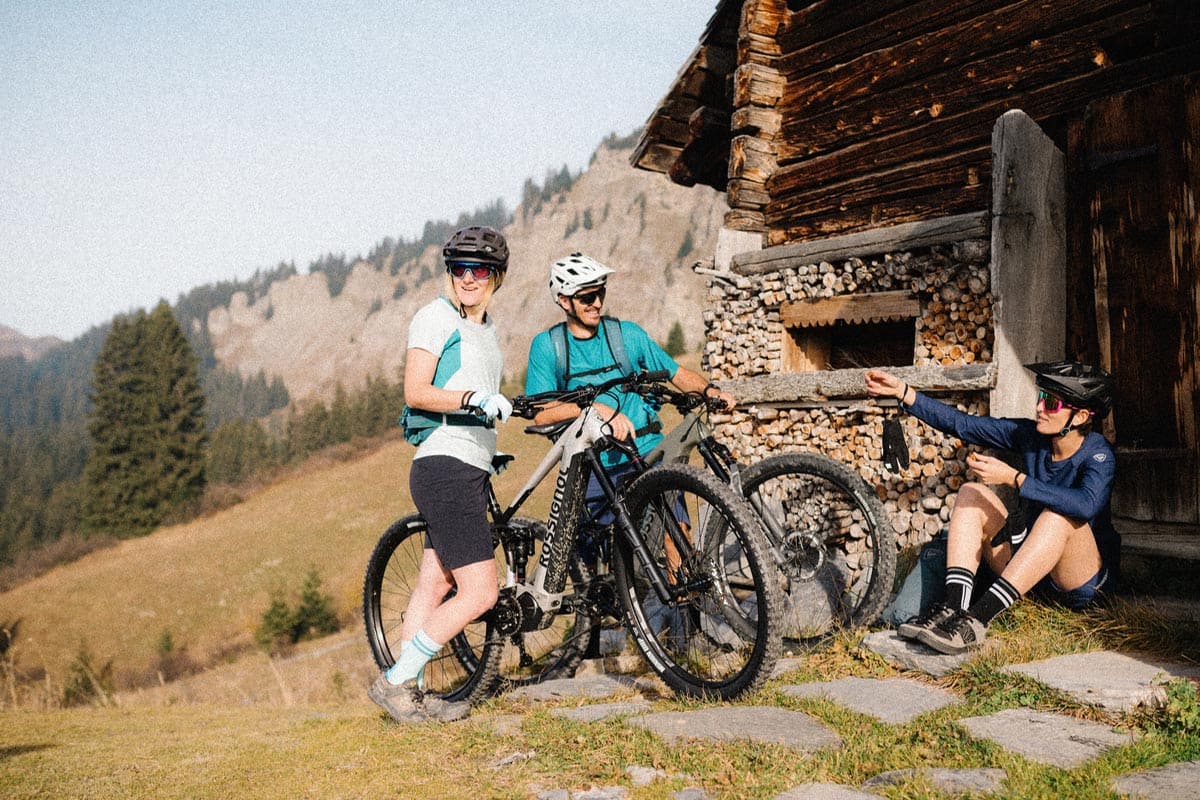 What speeds are allowed?

E-bikes, in truth, are divided into two types:

These last ones in particular, however, they are equated with mopeds and, of course, subject to more rules and restrictions than actual MTB e-bikes. This is how we must behave, according to the highway code.

Where can you go with an electric bike?

L’article 50 of the highway code (“Velocipedi”) equates the pedal-assisted electric bicycle with the muscle bicycle, while S-pedelecs are equated with mopeds (Article 52). Italian legislation reproduces European Directive 2002/24. The first can be driven without the need for a specific license or insurance, for the second, however, in addition to the license (from the age of 14) and insurance, registration and license plate registration is required.
Electric bicycles can travel on cycle paths and cycle-pedestrian lanes, just like traditional muscle bikes, but not on curbs, where you have to get off the saddle. S-pedelecs are only allowed on the roads, like mopeds.
In short, electric bicycles, like any traditional bicycle, have a greater freedom of movement and can circulate on cycle paths (including outside). Driving an S-pedelec on a cycle path, perhaps in the mountains, is equivalent to traversing it with a motocross, as far as the regulatory aspect is concerned.
Only the electric bike can be equipped with a child seat for transporting children up to 8 years old and can be equipped with a rear trolley (equipped with lights) weighing not more than 50 kg and a height of less than 1.5 meters. In short, if we are looking for a way to have fun in our mountain excursions and not a green way to move around the city, we must undoubtedly turn to the world of electric mountain bikes. Remember that the maximum authorized speed is 25 kilometers per hour.
For your e-bike excursions, you can choose a model from the new Rossignol collection 2022 and enjoy maximum freedom with complete peace of mind, thanks to the improved autonomy of the new batteries, the Shimano motor and fast charging.

Trail running for beginners: 5 useful tips for getting started

Mountain hiking and blisters: find out how to avoid them